Aminopyralid Herbicide in Manure is Back

Aminopyralid Herbicide in Manure Problem is Back

Aminopyralid is a persistent, selective herbicide that has caused gardeners in the UK no end of problems. Entire crops have been lost and plots taken out of production for a year or more. 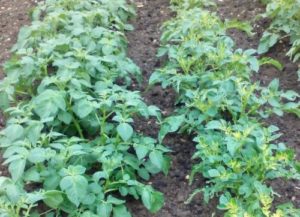 The problem was first noticed back in 2008 when people started seeing their crops fail as if they had been sprayed with weedkiller. Initially it was put down to spray drift or even vandals but eventually a link with using manure was noticed.

Some detective work followed and it was shown that many farmers were using a new type of selective weedkiller to get rid of weeds like thistles from pasture. The weedkillers contained a substance called aminopyralid that was very efficient.

This weedkiller bound to the lignin in grass, which did the grass no harm. Then the cow or horse or sheep would eat the grass. Once in their stomachs, the grass broke down and the aminopyralid was released. The animal would then excrete the aminopyralid and this would sit as a hidden poison in the manure.

The national press picked it so the product was withdrawn by the end of July 2008. Result! Except it wasn’t.

In August 2009 aminopyralid was back on sale except this time it had better instructions and warnings about using manure from animals fed on sprayed grass.

If they had kept aminopyralid off the market, it would have degraded in manure and by 2013 manure would be safe but it’s a problem we’re never going to be free from now.

So it was with a sinking feeling I looked at the photo above that was emailed to me asking what was wrong with the potatoes. I checked and the answer was yes, the plot had had a good application of manure.

So – aminopyralid is still around, you need to be careful when getting manure for the plot.

Testing for Aminopyralid in Manure

These symptoms may indicate aminopyralid residue in the manure. Signs of other kinds of damage will most likely indicate other issues such as damping off or bacteria-infected soil, etc.

This entry was posted in News. Bookmark the permalink.

7 Responses to Aminopyralid Herbicide in Manure is Back

This site uses Akismet to reduce spam. Learn how your comment data is processed.